The history of oil refining and well drilling. 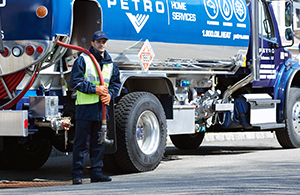 Oil has, over the last few decades, become one of the most highly debated fuel sources on Earth. However, while we think of oil as being a purely modern phenomenon, human beings have actually been using the raw components of oil (such as bitumen) without issue for millennia. Today, oil retains an important role in our society because it is relatively inexpensive, very efficient (fossil fuels are the most efficient fuel source in the world), and relatively easy to transport.

A history of oil in society.

The use of naturally occurring bitumen coincided with the building of the earliest cities; bitumen was used to create asphalt near the Euphrates river in Iraq as early as 6000 years ago. From there, its use spread to Europe and throughout the world. It was the Ancient Greeks who gave it the name we use today, petroleum, from the Greek "petra" meaning rock, and "oleum" meaning oil.

The modern history of oil began in the 1840s when a Canadian geologist discovered that crude oil could be distilled into kerosene to light lanterns. The invention of heating oil happened soon after when M.A. Fessler invented the oil burner to take advantage of the crude oil discoveries in California. The company he founded, Fess System Co., eventually became Petro. From there, the oil industry grew and spread around the world. Scientists are still discovering previously unknown reserves of oil in remote locations, such as above the arctic circle and deep below the ocean. This is why we did not in fact hit “peak oil” by the year 2000 as researchers once predicted. The wealth of the Earth’s oil reserves has surpassed our expectations, meaning that oil will remain a viable fuel source for decades to come. In fact, in recent years, the oil industry has produced a surplus of oil—hence why prices remain so low.

Today, more than 3/4 of the oil used in the U.S. comes from outside the Organization of Petroleum Exporting Countries (OPEC); our supplies often arrive from Canada, Mexico, or Venezuela. As the country's leading supplier of home heating oil, our resources are unmatched, and we've never run out of oil.

Oil refining is the process of converting crude oil into other useful products. The history of this process dates back to 1858 when the first oil wells were drilled successfully in Ontario, Canada. Before the extraction process was invented, oil could only be accessed from the natural seepage identified in various areas around the world. Because oil was found so infrequently, uses were restricted primarily to medicinal and specialty purposes.

Crude oil finally became available in sufficient quantities when what is called “rock oil” was discovered in northwestern Pennsylvania. “Rock oil” or crude oil is defined as liquid petroleum (or oil) that is found in porous rock formations in the Earth’s crust—it can be extracted and burned as fuel or processed into chemicals. This discovery led to the invention of larger-scale processing systems to allow for the conversion of crude oil into other resources.

The oil-drilling process then spread to Russia and by 1890 kerosene and fuel oils were being produced in large quantities there as well. Then, at the turn of the century, the development of the automobile increased the demand for automotive fuel. This finally provided a use for the excess petroleum that was too volatile to be used in kerosene.

The process of drilling for oil first began in China around 2000 BC—the cable tool percussion method was used to produce brine. A chisel was lowered on bamboo rods into the wells on cables in order to extract the oil. In Russia, the first wells were drilled in the 9th century and were also used to produce common salt.

Up until the 19th century, oil was mainly extracted in small quantities, usually from shallow wells that were exposed on the earth’s surface naturally. However, as the demand for oil rose, so did the need to extract even more oil from wells.

Historic research has found that the first official drilling of an oil well took place on the Absheron peninsula and was 21 meters deep. This occurred about 13 years before the first oil wells were drilled in the United States. The drilling process was then improved as well and rotary drilling was introduced in the U.S. in 1901.

To learn more about home heating oil and how you can use it in your home, contact the experts at Petro Home Services today.

Petro Home Services is proud to not only serve communities in CT, NJ, NY, MA, PA, DC, RI, and MD, but we also proudly acknowledge the skills and experience of our expert team behind all resources. With insights on topics ranging from heating oil facts to common air conditioning questions, you can rely on Petro Home Services for facts and information to help you understand more about your heating, cooling and home comfort needs. This article and all articles on the Petro Home Services website have been approved by our team of home service experts. 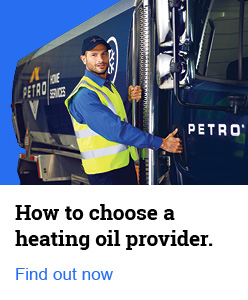 This is Modal Body